Today’s letter is going to focus on your Momma Mickey. She was very smart and pretty. I see a lot of her qualities in both of you. While she was in college, she even won a few beauty contests. After she met Pappa Gene, she became a full-time mother to my brother (Martin) and me. This was a good thing considering the places we traveled. 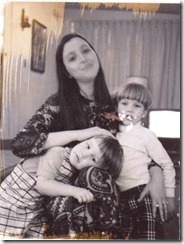 Here is a picture of Momma Mickey while we were in Turkey. The photo suffered a bit of damage, but now that it’s scanned, it will never age. Her smile reaches out to me through all the years. And after having you two as children, I understand even more what that smile means.

The next few pictures are from a time I wasn’t with her. I was starting a family with your mother and you guys. Your mother preferred that I didn’t talk to them. Eventually, that is what caused us to separate. I missed my mom and dad so much. I wanted to see them again. That is why your mother took you away. 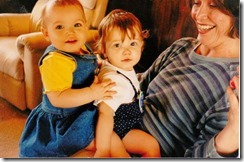 Here is Momma Mickey with two of your cousins: Sydney and Melynda. It was one of Pappa Gene’s favorite pictures. It’s a different smile from the picture above. Here she is playing horsey with her two grand-daughters on her lap. She just laughed and laughed. 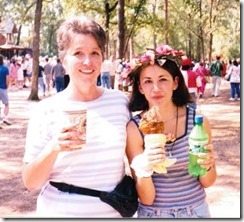 You have another cousin named Nicole. She’s Martin’s first daughter. She lived mostly with her mom in Houston, but would visit regularly in Caldwell as she grew up. Here is a wonderful photo of Momma Mickey and Nicole at the Renaissance Festival while she was still young. At that time we only lived 5 miles away from where this picture was taken. Nicole is now almost 30 years old and has two children of her own. 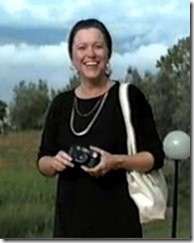 The last picture I have for you today is when Pappa Gene and Momma Mickey vacationed in Europe. He used this picture as his wallpaper on all his computers. Eventually, he used it as the picture for her obituary. They toured Tuscany with her parents, Gommie and Bill Bill (your great grandparents). There were lots of pictures they brought back, but this was the only one of her. My dad had to use a disposable camera since she wouldn’t ever let go of hers.

Lastly, I’ll leave you with her obituary as it appeared in the Bryan-College Station Eagle. Please read it. You come from a family larger than you think. Momma Mickey shaped so much of who we all are… even you two through me.

This entry was posted in The Kids. Bookmark the permalink.